Where there is breath, there is hope 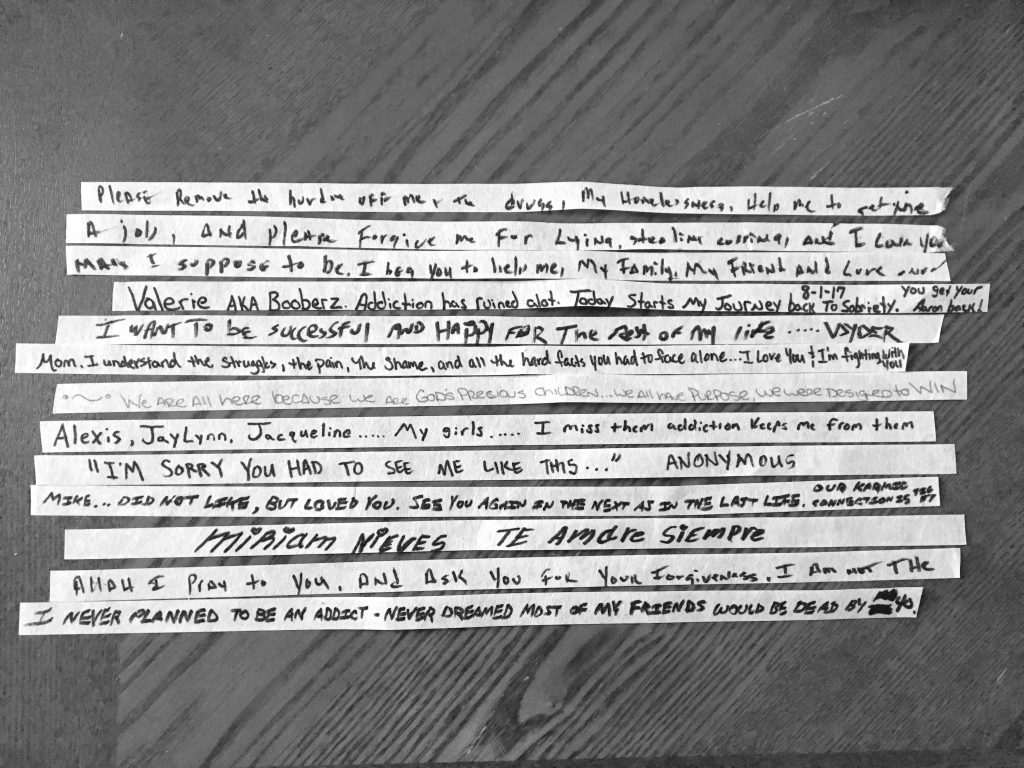 Every Tuesday, after teaching a textile workshop in Kensington, I want to write about the people we meet and the stories we hear. But I can’t quite put into words how incredible the experience is and how overwhelming the emotions are some days.

Yesterday we met A, who put so much love into the talisman he made, adding a button closure and a little note inside. After the workshop, he was on his way to deliver his gift to his girl before he had to turn himself in for a warrant. He knew that if he turned himself in, he would detox in jail and begin recovery again. He showed us photos of himself before he relapsed – he was at least 30 pounds heavier and was almost unrecognizable. He kept telling us, “look at my tattoos,” so we would know it was him in the photos.

There was J, who made me a cup of tea and a bunch of peanut butter and sugar sandwiches on crackers.

We met R, who stayed with us the whole day. Kathryn met him outside in the morning and invited him into our “sanctuary studio.” He came in and immediately asked us to put him to work. He didn’t want to use, and wanted to stay busy to keep his mind off of using. He swept the floor, broke down the pile of cardboard, took out the trash, and welcomed people to the studio. Kathryn dubbed him our studio assistant. We heard bits and pieces of his story through the day. He was obviously beaten up recently, and Kathryn and then Josie helped him with his wounds. He seemed like he was ready for a change – he knew that he couldn’t keep using. Michael talked with him, offered him suggestions and told him that he could tell he had a good heart. We could all feel that. At the end of the day, he called his girlfriend and made arrangements to be picked up. Last I heard, he was safe.

Where there is breath, there is hope.