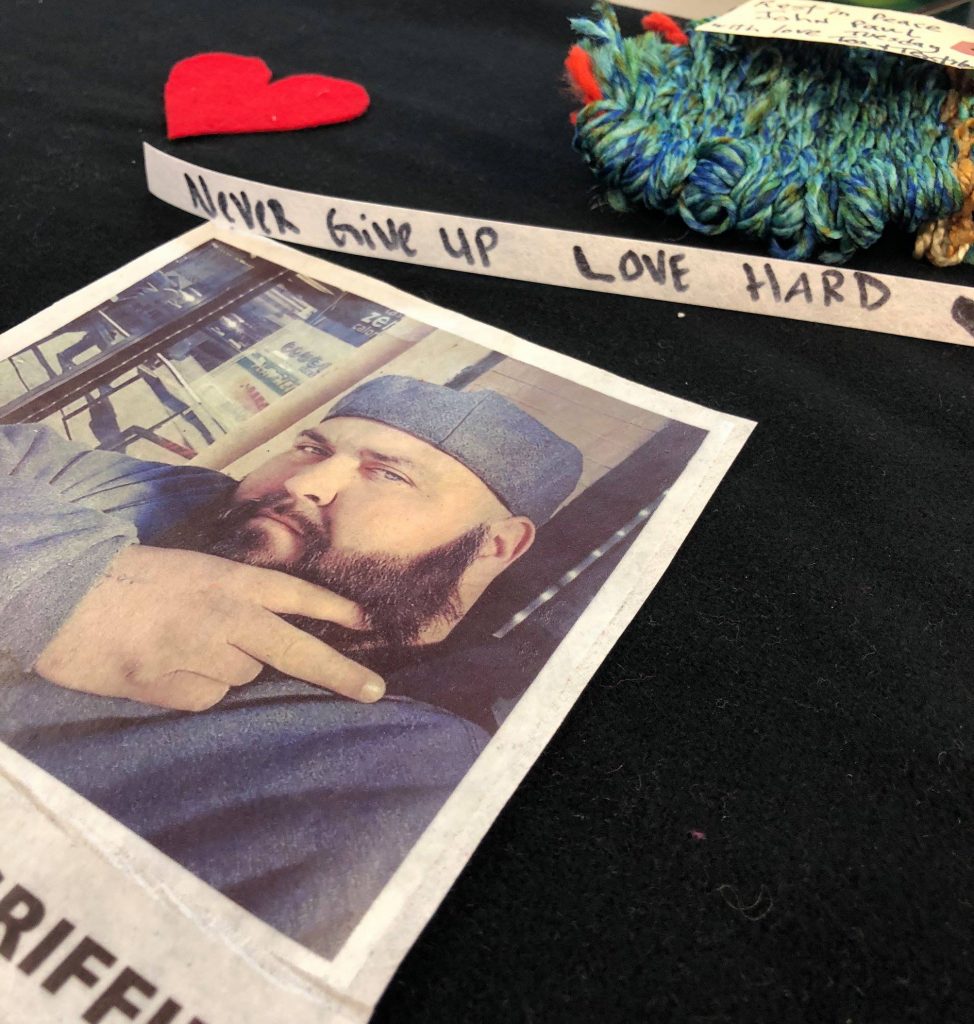 Yesterday at the Kensington Storefront was a tough day. We made a banner in memory of John Paul, who lost his battle last Friday. We had people writing memories and messages for him that we will attach to the banner for tomorrow’s candlelight vigil. Some who came through didn’t even know that John had passed, and were surprised to hear the news. There was a lot of sadness.

It’s often difficult to say that we had a good day, because every day there’s this undercurrent of sadness – it’s expected because of where we are and who comes through the doors. I don’t want to gloss over how hard this is some days and how heartbreaking it is to sit with people’s suffering. Saying we had a good day seems so cold sometimes.

But we do have good days. If you pay attention, you will witness beautiful moments. Two young guys were sitting next to each other – one came in off the streets in bad shape, with wounds on his legs that were causing him pain. We see him often, and he’s a sweet, quiet guy. They were talking, and the other guy was telling him that he needed to take care of himself. He said he knew what he was going through – he had been there himself. The way he was talking was so kind and thoughtful and loving.

I think it’s only by sitting with all the sadness and the pain and the suffering that you can really appreciate those quiet, tender moments.

There is good everywhere.