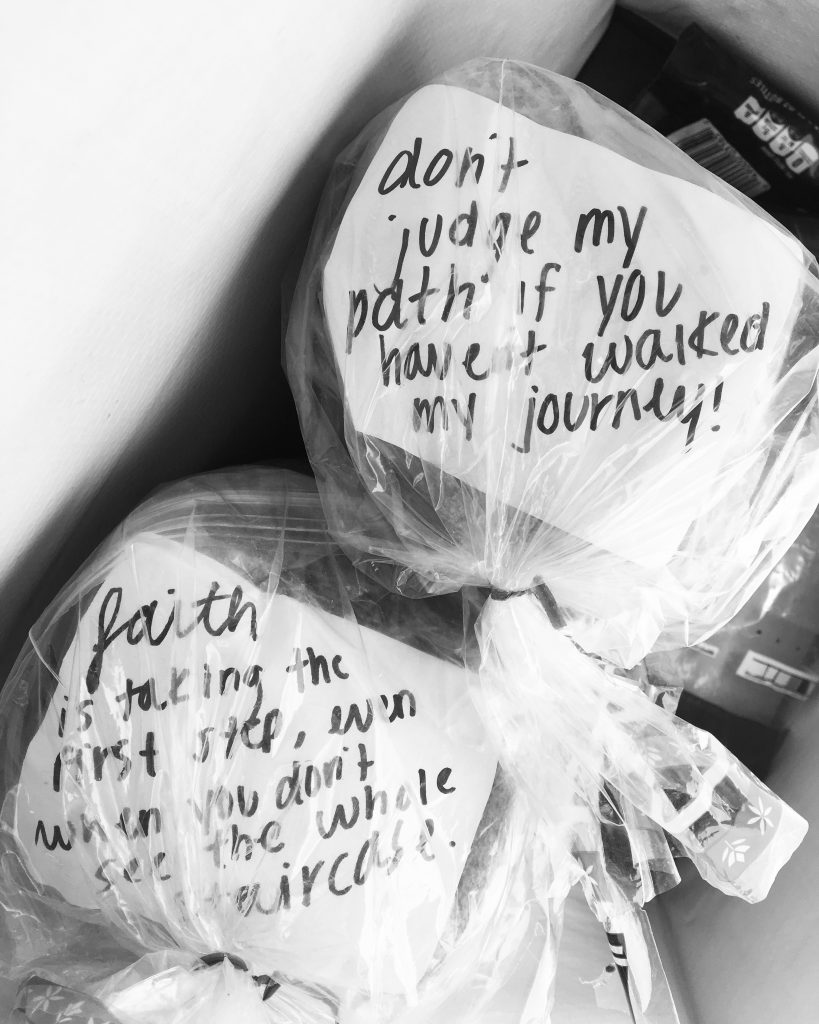 Sitting with 84-year-old JD, looking at the old photos he pulled out of the worn duct-taped envelope. Hearing stories of his life – his wife who left him, his son who passed years ago of AIDS, his truck-driving career. The man sitting next to him listens, too, while they drink their hot chocolate from Pappy.

Listening to B’s stories about living in an abandoned house and seeing possums run through the rooms. Looking through the peanut butter & jelly sandwiches with messages of love and hope on each package, and finding just the right one (or two) for him. Hoping one day soon he takes that first step towards recovery.

Seeing the young woman whose shoes are way too small (but she’s still wearing them anyway) and finding shoes to fit her. Finding a bag for the stuff you gave her so she doesn’t lose it all.

Worrying about J who obviously took too much of whatever he is using. Talking to him and keeping him moving. He wants to go “home (an abando)” and sleep it off. We tell him that’s a bad idea. Just stay here with us for a little while.

Getting some comedy relief from Pappy when he does his best imitation of Mary Poppins with someone’s umbrella. Also, lots of bad jokes (that our angels love).